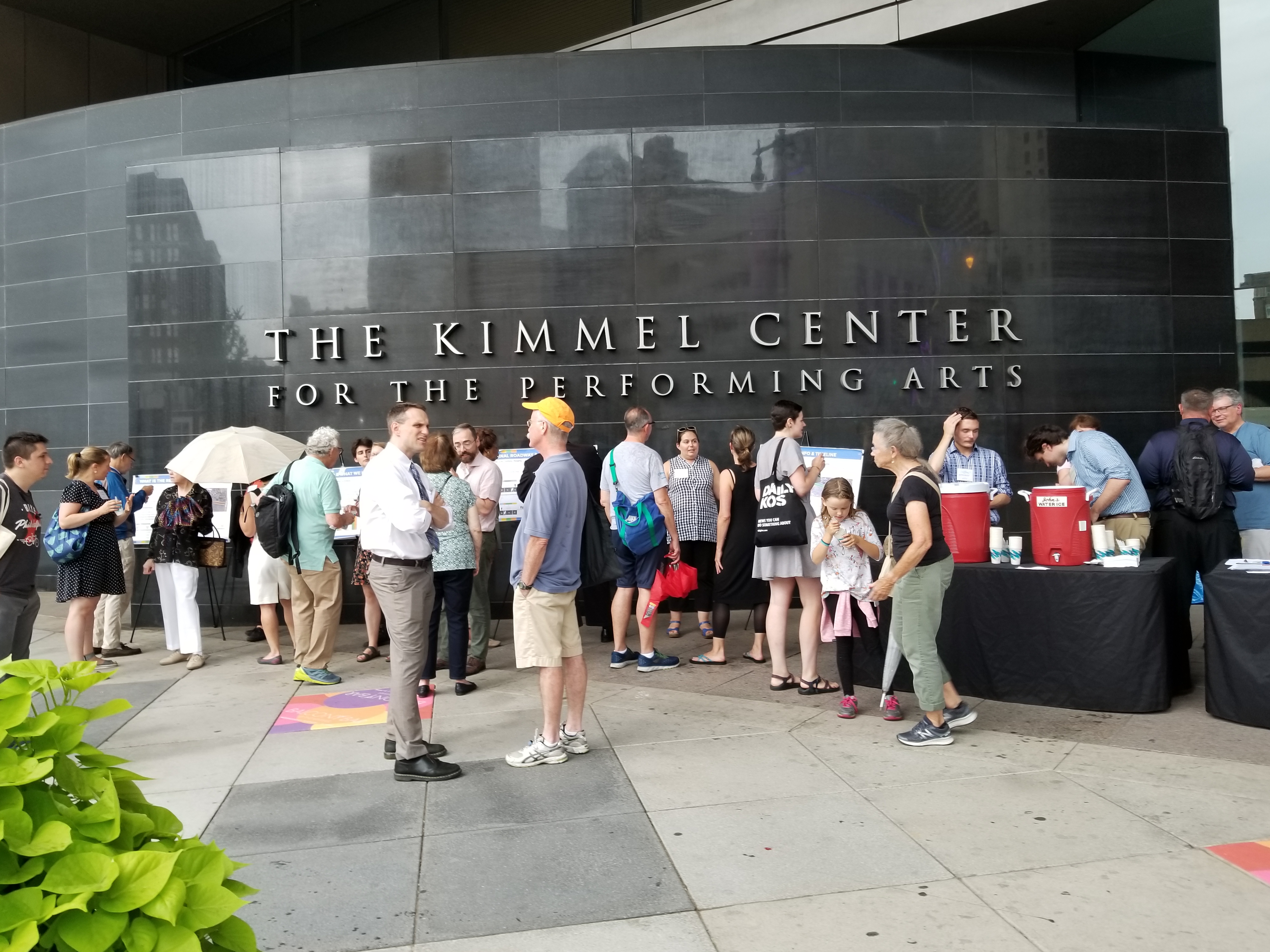 The Office of Transportation, Infrastructure and Sustainability (oTIS) held its final meeting on the Spruce and Pine Street Safety Project yesterday. oTIS has been engaged with civic organizations, elected officials, and the public on this project since January 2018. The pop-up meeting, held on the Broad Street sidewalk at the entrance to the Kimmel Center, allowed people who were simply passing by on foot or bike to stop. Participants learned what to expect during construction and provided a look at the final design of the street.

Click here to see the project boards: Who We Talked To & What We Learned, Final Roadway & Intersection Design, and Construction Info & Timeline. 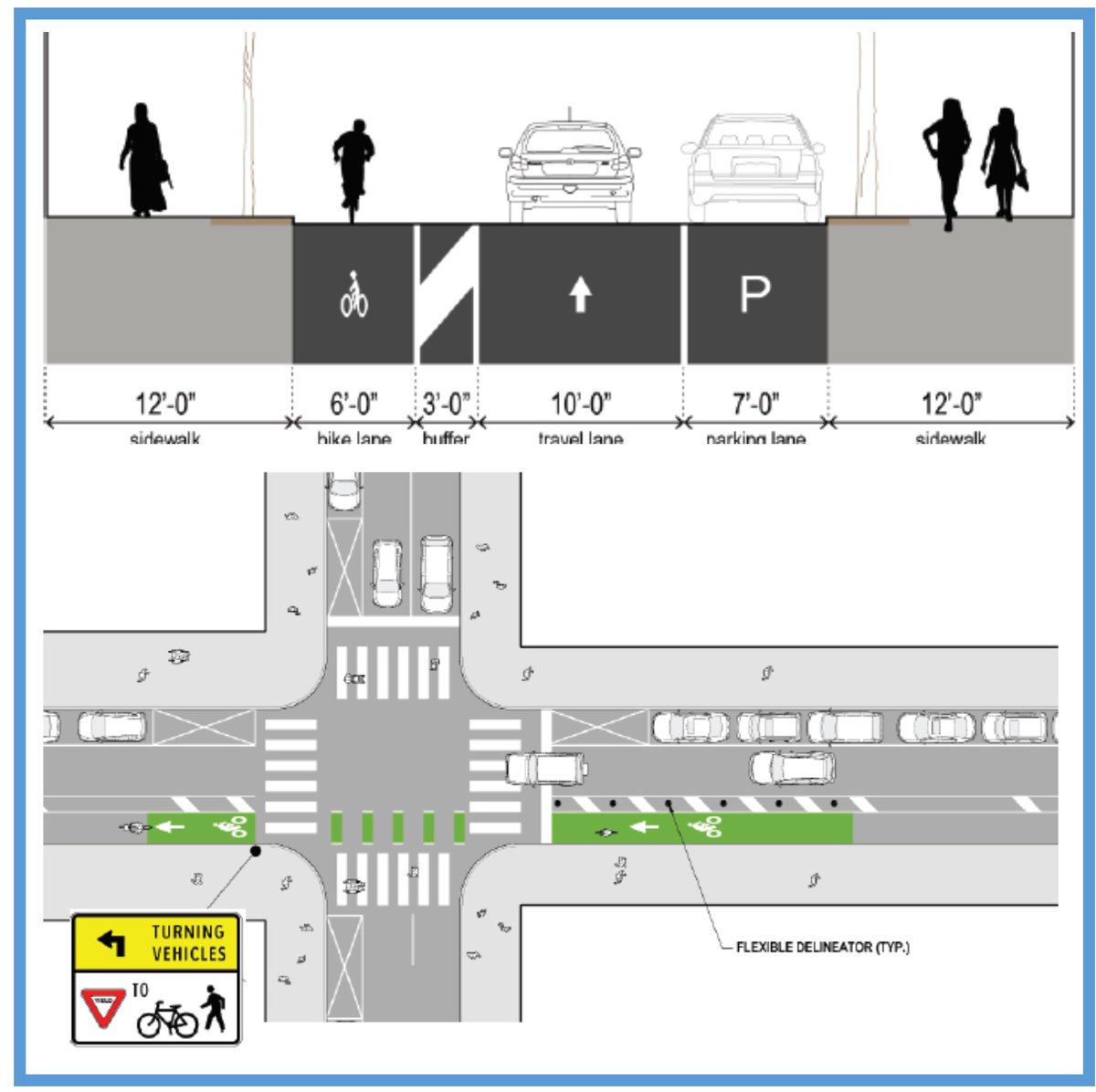 If you have taken the rough bike ride on Pine Street this week, you know that the project is already underway. The Streets Department press release notes that the project will be done in phases, and from time to time, will include temporary full street closures. Milling and paving will occur over the next few weeks and progress from Pine to Spruce. Once paving is completed the left-side bike lane will be striped. This fall, crews will go out to the major intersections to apply green paint and install delineator posts.

We recommend that cyclists and other small-wheeled vehicles consider an alternate route if a street has been milled. Locust St. is a good choice for eastbound riders. You can use either Lombard or Sansom for traveling west.