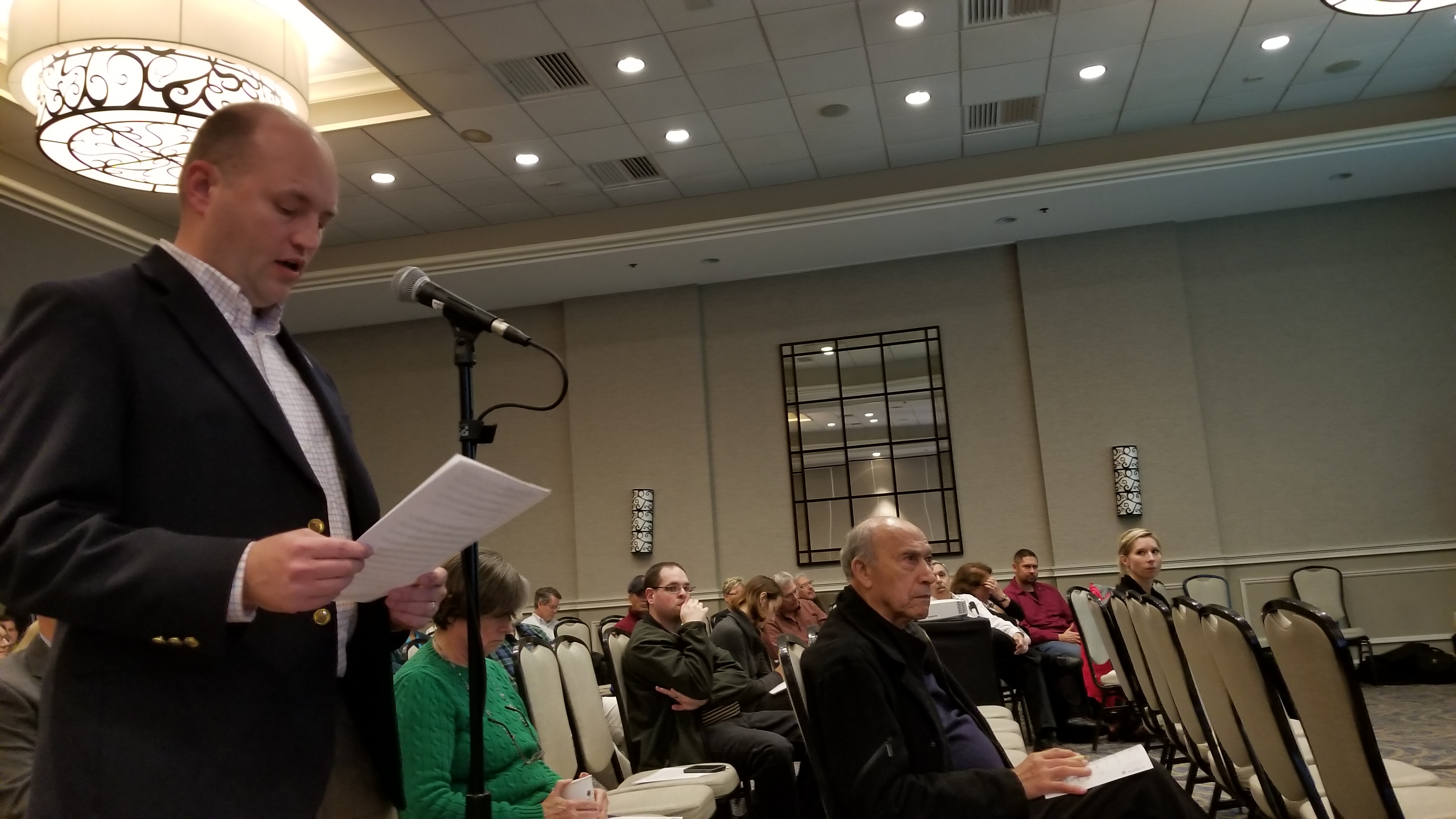 This week SEPTA is holding public hearings on the Environmental Impact Study for the Route 100 Norristown High Speed Line extension from King of Prussia to the Valley Forge Casino. The Bicycle Coalition attended one of those meetings on Monday and testified on better bike access to the stations and bike racks on new rail cars, as well safe bicycle and pedestrian connections to the Chester Valley Trail and Valley Forge National Historic Park.

Monday evening’s meeting at the DoubleTree Valley Forge saw a fair amount of opposition to the project as a whole. SEPTA runs a tight ship at these public hearings. Most notable is their ever present commentary countdown clock. Three minutes for organizations, two minutes for individuals. Most of the speakers in opposition lived in Valley Forge Homes, a residential area adjacent to the PA Turnpike where the alignment comes very close to their backyards.

You can still submit comments on the project anytime at KingOfPrussiaRail.com.